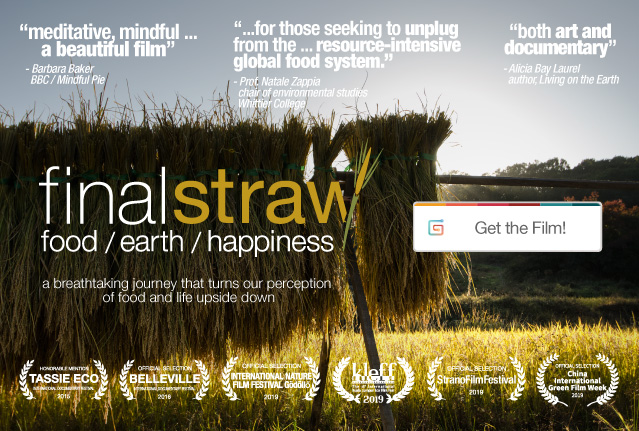 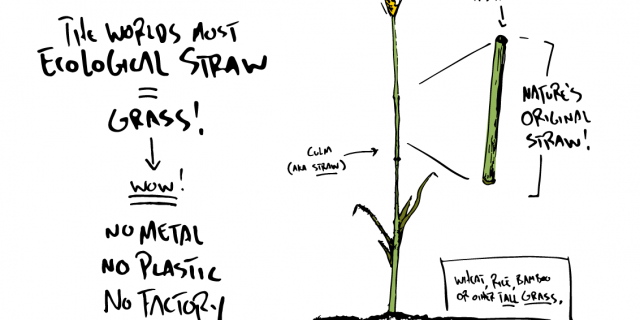 News // The World’s Most Ecological Straw

The original straw is grown directly by nature, ready to use in final ‘straw’ form. This straw comes from the stems of grass plants like wheat, rice, reeds, and others.

More from the Blog...

A breathtaking journey through Japan, Korea, and the United States that turns our perceptions of food and life upside down in an amazingly simple and poetic way. Solutions for our most pressing global issues come from unexpected places in a film that New York Times bestselling author Alicia Bay Laurel calls “beautiful … both art and documentary.” […]

Want to host a screening of Final Straw: Food, Earth, Happiness for your city, neighborhood, or business? Great! Hosting a screening is a powerful way to spark action, and we have put together a bunch of resources to help you make it happen! There are two options to screen the film: Option 1 — If your event […]

In the 1970s, Larry Korn spent two years living in a small mud-walled hut in Japan, working with and learning from a man named Masanobu Fukuoka, who today is seen as the father of modern day natural farming. On his return to the United States, Larry led the effort to translate Fukuoka’s book, One Straw Revolution into English. The […]