Thanks to Syanne Cole, Suhee and I were able to make a visit to Houston, Texas to meet with our friends WindSync, where we enjoyed some grits, an inspiring art installation, and most importantly, recorded the last big bit of soundtrack for the film. This recording session also represented what was really the last big piece missing from the puzzle that is the Final Straw documentary. 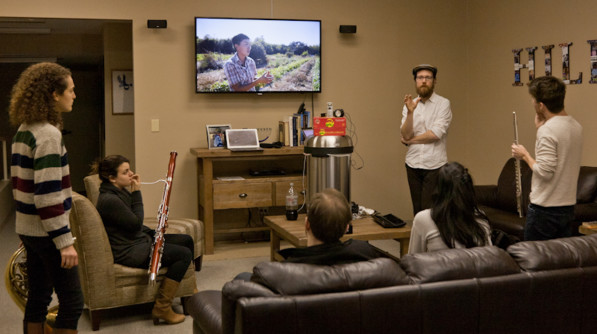 Patrick and WindSync talking about the film during soundtrack recording in Houston, TX

Working with these musicians was a great experience, and the music they made dances, flows, and generally helps bring a new depth to the spirit of the film.

WindSync are not only true musicians in every sense of the word, but also generally wonderful, warm, and inspiring human beings. The group is a wind quintet who are really re-defining what classical music can be for a new generation of audiences. We love what they are doing, and we love that they were willing to help us out in making music for the documentary.

The recordings we made with WindSync complete the soundtrack, with existing pieces from Bomnoonbyeol and Joyful Island in Korea and Youji Kohno and Ben Nakamura in Japan. 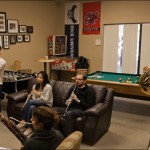 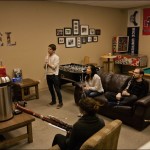 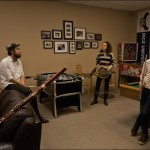 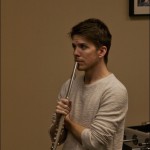 ← Seeds and Diversity in Santa Clara, California
Inspired and Hopeful: Feedback from California →