Making the Film: A Search for “Root” Solutions to Social Issues 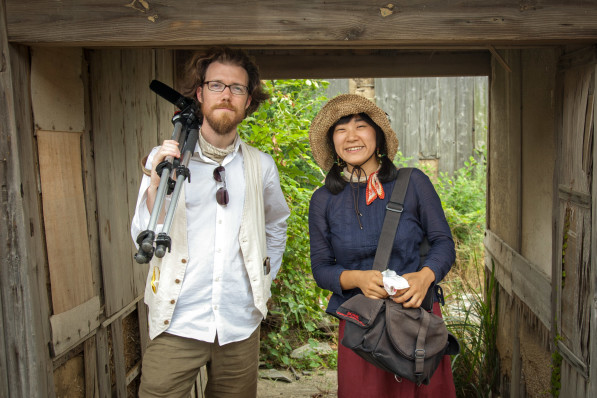 This blog entry is one of a series of short essays, responding to some of the most frequently asked questions about the film “Final Straw: Food, Earth, Happiness.”

We both gave up our former lives — me in the Silicon Valley tech industry, and Suhee in the publishing industry in Seoul — we gave up having apartments, or a place to call a home of our own, and in the process realized that the earth is our home, and that we needn’t let ourselves be savaged up the rear by real estate investors and landlords keen on screwing us out of our hard earned money.

The ideas that the Final Straw film talks about are so important to us that we spent what is now going on four years in a more or less homeless vagabond state of being, with few belongings, really only our cameras, laptops, and some clothing (which, let’s not forget, is a lot more than most people on this earth have the privilege to own.)

We began this journey looking for what we call “root” solutions to the myriad problems you and I are dealing with today, from social injustice to economic inequality to human health and well being to environmental degradation, climate change, however you want to phrase it. There is this host of issues and we came to know, as most anyone who sits down long enough with these issues comes to know, that all of these problems which face us today are interconnected, they are all branches, if you will, and the way we tackle these issues today is, well, by erroneously cutting off branches where we see problems, WHACK, gone, right? Well, sorry, but there’s a whole tree of branches and we’re focusing tremendous energy trying to fix or kill the branches, when the problem isn’t even with the branches to begin with!

The entire tree is sick, the whole human family and our earth is sick, and if we want to fix that sickness, we can’t keep pouring millions of dollars, billions of dollars into NPOs that specialize in one branch, into activists who fight for the rights of only one kind of branch, into scientific studies that look at a single spore on a single leaf on a branch. Instead, we need to come together on common ground, and together we need to look not only at all the branches, but at the roots and the soil to ask how we can start to grow better as a whole unit instead of a bunch of little units that ignore (or worse, hurt) each other.

Through our own experiences and the wonderful teachers we have met around the world, we saw quite clearly that we are a part of an interconnected web of life. We saw that a policeman not respecting a black youth has a lot in common with an investment banker not making moral investments, or a farmer not respecting the life in the soil. I mean, that might sound far out, right? It shouldn’t. When you look at our issues from the roots and up through the branches, we see that our society is not so different from the tree. The issues that hurt one of us, have a way of hurting us all.

Relationships are one starting point. The most basic relationships, with ourselves, knowing ourselves, with others, knowing other beings, with the earth, knowing this nature which which we are a part of. That’s something which natural farming speaks to. “You’re growing food and providing sustenance for yourself and others, and you’re doing it in a way that enriches the earth” as our good friend Larry Korn says.

You’re also building relationships that form the foundations for true solutions to these branch problems. You are building foundations for social justice, economic equality, health and well being of people and our environment. You’re doing it all, with your hands in the soil, and your neighbors by your side.

That’s why the Final Straw film isn’t really about farming. It’s about a way of thinking and acting to build social and ecological well being for ourselves and our earth.

And I suppose that’s why so many people have told us it is one of the most beautiful and important films they have ever watched.

Well, we hope you might feel the same way…

The film is available through Gumroad. You can also join Final Straw: Food, Earth, Happiness on Facebook, or just have a look around finalstraw.org to learn more about how a new mindset can help build a sustainable world.