Generations of a One Straw Revolution in Berkeley

These days, we are on our “second” tour of South Korea, and simultaneously readying a Japanese version of the Final Straw film as we gear up for a three month tour of Japan. More on that as it develops, but I want to take us back in time a bit to this past February in Berkeley, California where we hosted a rough cut screening of the Japanese version of the film. 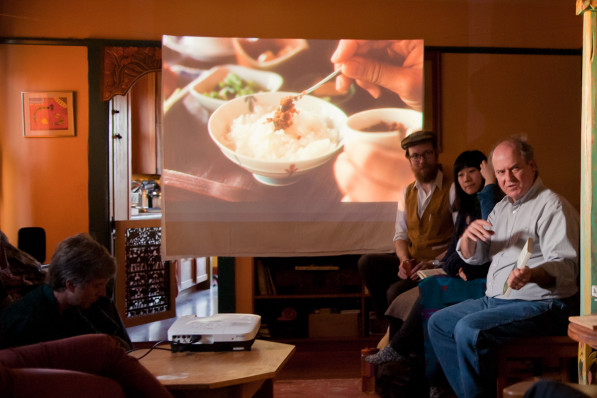 The event was special firstly, because we had our friend and Japanese co-producer, Kaori Tsuji with us. She had come out to the SF Bay Area to work with and learn from chefs at Berkeley’s Chez Panisse restaurant, and to help us start work on a Japanese version of the film.

But then we had an extraordinary opportunity pop up in Berkeley. A friend and like-minded community activist, Eri Suzuki, let us know that she was staying at the home of Fusako and Mino — the couple who had helped translate for and host Masanobu Fukuoka during his first tour of the United States — and further, that they were interested to screen our film at their home.

Now, for those who don’t know what the heck any of this means, the late Masanobu Fukuoka is the pioneer of natural farming, whose book “One Straw Revolution” ignited an international movement and is thought of as one of the founding documents of the alternative food movement. Fukuoka passed away in 2008, before we began work on the film, but his life’s work laid the foundations for our film, and for the current day movement for truly sustainable living and thinking.

What’s more, one of the key characters in our film, Larry Korn is good friends with Fusako and Mino and decided to make the drive down from his home in Oregon to join all of us in Berkeley. Larry himself spent two years living on Fukuoka’s farm in Japan in the 1970s and ended up being the English translator/editor of One Straw Revolution, essentially bringing the book out of Japan and into the global public eye. After his efforts, the book was translated into 20 further languages, and sold well over a million copies. 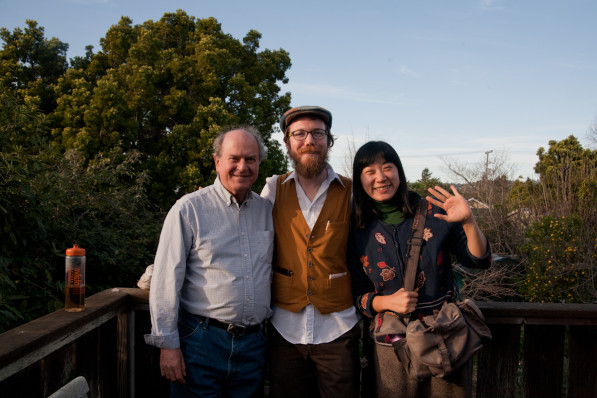 Patrick and Suhee with Larry Korn

So here we had what might be — but hopefully won’t be — a once in a lifetime gathering across generations; a reunion of the people who helped spur Fukuoka’s work into the public consciousness during the early environmental movement in the San Francisco Bay Area and beyond, and a gathering of us youngsters (a relative term) who are seeing that this consciousness is carried on and expanded into the future however we can.

It was beautiful to have all of these kind and deeply thoughtful people in one place, to give Larry a great big hug and thanks, and to hear the reactions, stories, and even see a few tears of joy shed during it all. 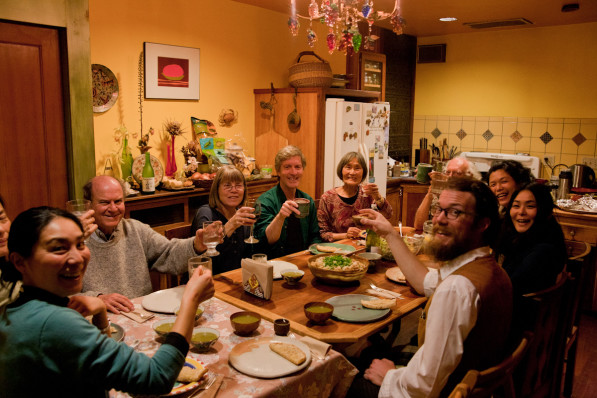 Dinner after the screening at Mino and Fusako’s home

Sometimes things align just right, and it feels extraordinary. These are the times when we are reminded that we are on the right path, and we continue to be thankful for each moment we spend here.

More news on the Japan tour and our current mini-tour in Korea soon to come, but for now please enjoy some images from the event in Berkeley… 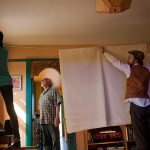 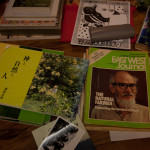 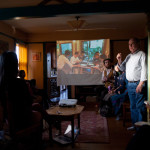 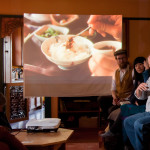 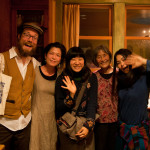 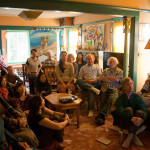 ← An Ecology of One
The Seeds Inside of Us – Jinju →