Solving Soil Loss is Simple, But Requires a Mindset Change

Natural farming, permaculture, regenerative agriculture, agroecology – there are many versions of sustainable agriculture, but the common thread they all tackle is the need to take better care of our soil and the environments in which we grow food. Why is this the least bit important to you?

By accounts of the UN Food and Agriculture Organization, we have less than 60 years of farming left if we continue our modern chemical-industrial based farming processes.

“This is what topples civilisations” wrote Geroge Monbiot recently in an article for The Guardian. “War and pestilence might kill large numbers of people, but in most cases the population recovers. But lose the soil and everything goes with it. Now, globalisation ensures that this disaster is reproduced everywhere.” 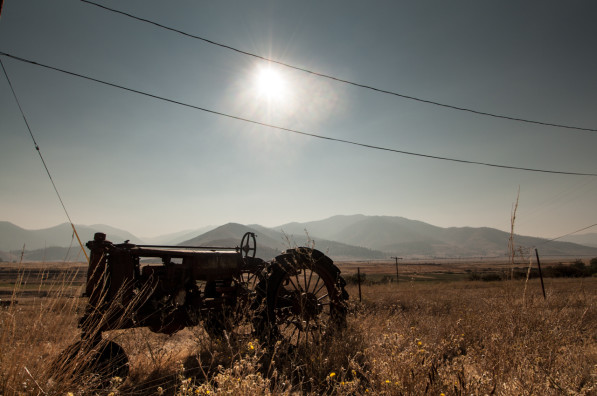 Monbiot is referring to the process by which we ignore the health of the soil in order to grow food easily, cheaply, and on large scale. To achieve these things, the modern farming process – which uses deep tilling (digging up) of the soil along with huge amounts of oil and mined minerals to produce crops – is both killing the soil and stripping it from the surface of this earth.

A Japanese natural farmer named Yoshikazu Kawaguchi recently explained to us during the filming of the Final Straw documentary “When you till the soil, you create a world of death.”

Kawaguchi’s statement is a rather intense way of explaining that the delicate world of life in the soil of a farm needs to be well taken care of, because this soil life plays a huge role in ensuring that the soil can produce crops — without the need for external fertilizers or synthetic chemicals.

Yet modern agriculture treats the soil’s most critical lifeforms as ‘pests’ to be destroyed, rendering the soil itself as a nothing more than a non-living material meant to hold roots in place so they can be fed with petrolium-based fertilizers. Such a mentality has seen our society, without question, lay waste to the soil, to the environment in, around, and downstream from that soil, and ultimately to the earth’s ability to provide food for humanity in the long term.

The positive note that needs to be made here, and one which curiously absent from conversations about health, food, and ecology these days — with Charles Eisenstein and Michael Pollan as a few shining exceptions — is that around the world, small scale farmers have been putting into practice the kinds of regenerative farming that can both reverse ecological destruction, and feed the world. And they have a track record that far pre-dates industrial agriculture, if you know where to look. 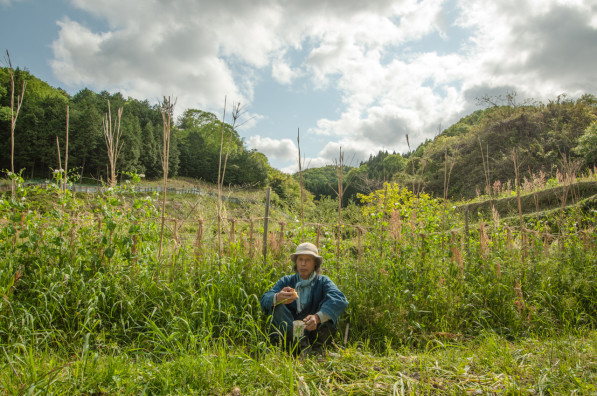 My partner Suhee Kang and I looked directly to the source, spending the past four years with natural farmers dotting the globe, but most especially in Japan where the natural farming movement took root in the late 1940’s with revolutionary farmers such as Masanobu Fukuoka and Mokichi Okada. The surprise for us — and for viewers of our upcoming documentary Final Straw: Food, Earth, Happiness — was in finding an abundance of practical farmers today who are proving that sustainable food production does not require chemicals, does not require heavy machinery, nor plowing, pesticides, inorganic fertilizers, GMO seeds, hormones, antibiotics, cages, or really anything from outside the area where the farm itself is.

Many are indeed surprised to learn that we don’t need industrial agriculture to feed the world. Yet what we do need, might also seem like a tall order.

Everything modern science — and common sense — tells us points to the fact that what the giant chemical, food, oil, and seed monopolies are fighting for is an impossibility. “Short-term growth at the expense of public protection compromises long-term survival” says Monbiot.

There’s little room to improve on such a concise statement of our current state of affairs, a state which extends far beyond agriculture. Most economists, ecologists, farmers, and generally anyone and everyone who has put their mind to our ecological issues – whether its food or anything else – has come to some form of agreement that we’ve become far too obsessed with ‘growth’ at a rate which is impossible to maintain in any socially or ecologically viable way.

Yet, not only do we have solutions in hand, we’ve have had them all along, mostly by way of our world’s indigenous cultures and their keen awareness of and connection to the environment that goes far beyond even our natural farming heroes from 1940’s Japan.

In our modern world we’ve mostly written off such small-scale practices. In the last few decades however, a slow building renaissance in the public presence of regenerative agriculture — which builds healthier environments while producing food — has spread in concept and execution to communities around the world. 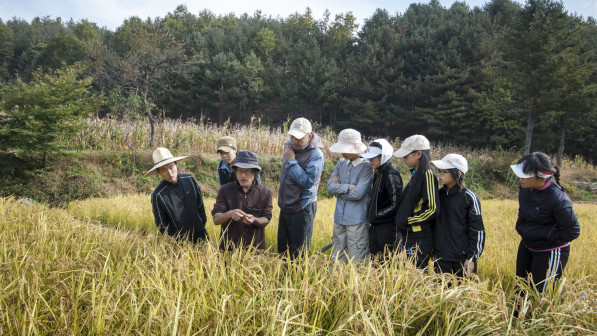 This solution will take hard work, it will take a fundamental change in mindset, and it will take determination of individuals and communities, but it is both necessary and possible.

The benefits, too, are overwhelming…

If the world switched to regenerative agriculture tomorrow, we could:

It sounds like a lot to be accomplished with such a simple change, yet it’s not just a change in our buying habits, or production habits, it’s a fundamental, foundation-level change in how we interact with the world in which we live, and a change in how we achieve that most basic human need for nourishment.

For the sake of our own survival as a species, we can and must shed our most destructive agricultural practices, and we have the alternative already in place. This alternative is centered around small-scale, local, and human-powered operations; which, agriculturally speaking, translates to natural farming, permaculture, regenerative agriculture, and agroecology, and these are the places where we can start today, to build truly equitable and resilient communities for the future.

← Solving Crime and Inequality, with a Seed
What Would Happen if We all Grew Food? →

4 Comments on “Solving Soil Loss is Simple, But Requires a Mindset Change”