Where the Rice Fields Dance

The second week in Japan.

My body clock was set right and I felt much more comfortable about living in Megijima. Then my computer shut down. Why?!  I tried to shake it, fix it, but no response. My dear computer fell into a coma, and I was worried sick not for his health, but because I couldn’t animate or do the work that I was supposed to do.

I felt horrible. Suhee and Patrick reassured me that though unfortunate, this may be for the best. Maybe it’s a good opportunity to experience and feel than to record and create. What could I do? I let go of the problem that I couldn’t solve and instead, focused on what was right in front of me: the rice fields! 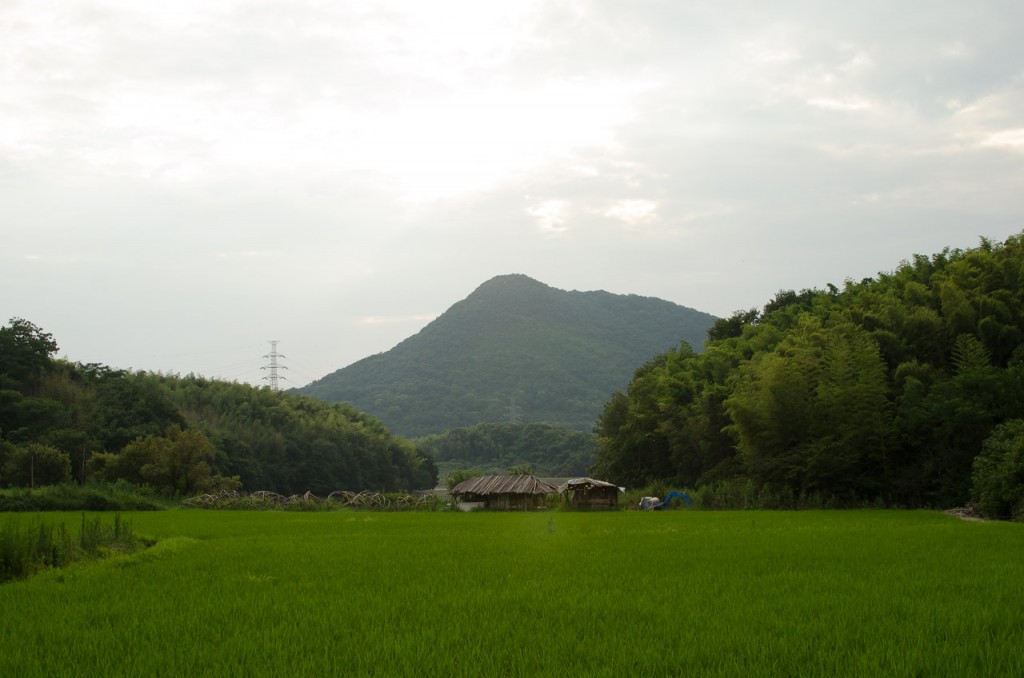 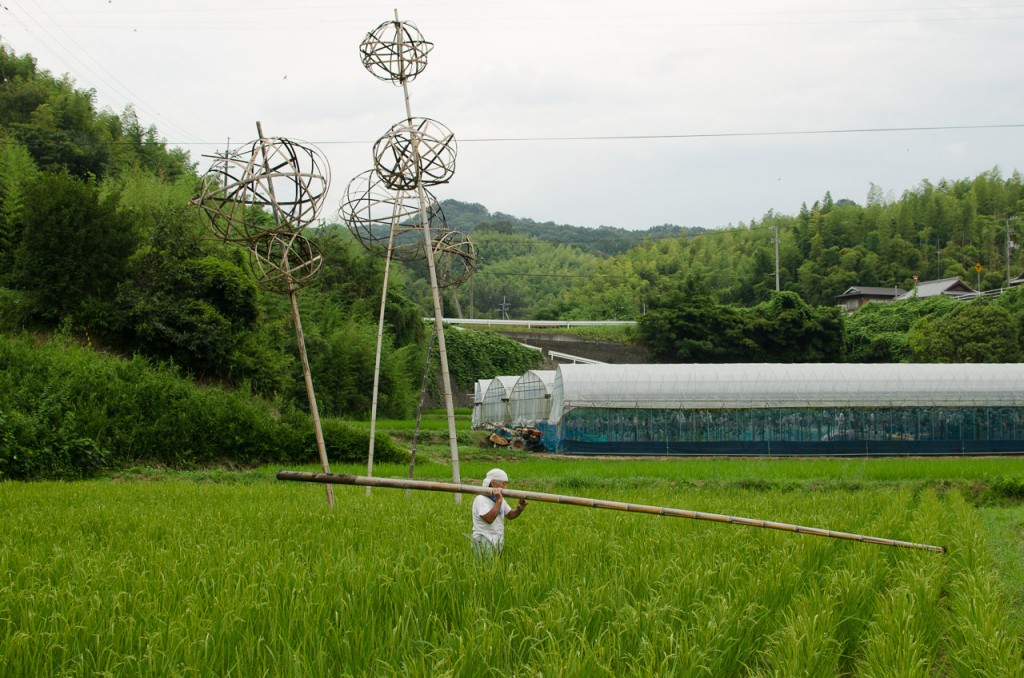 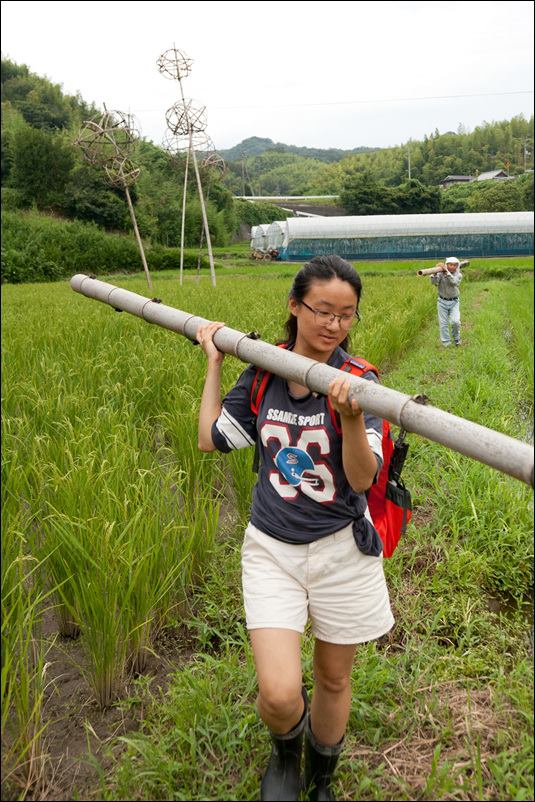 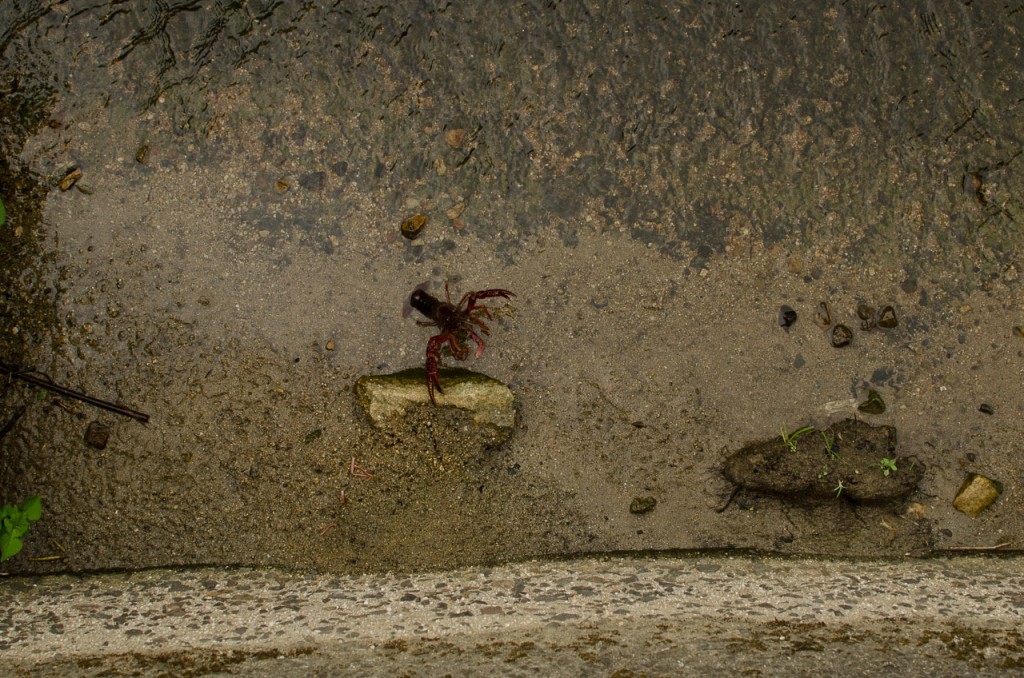 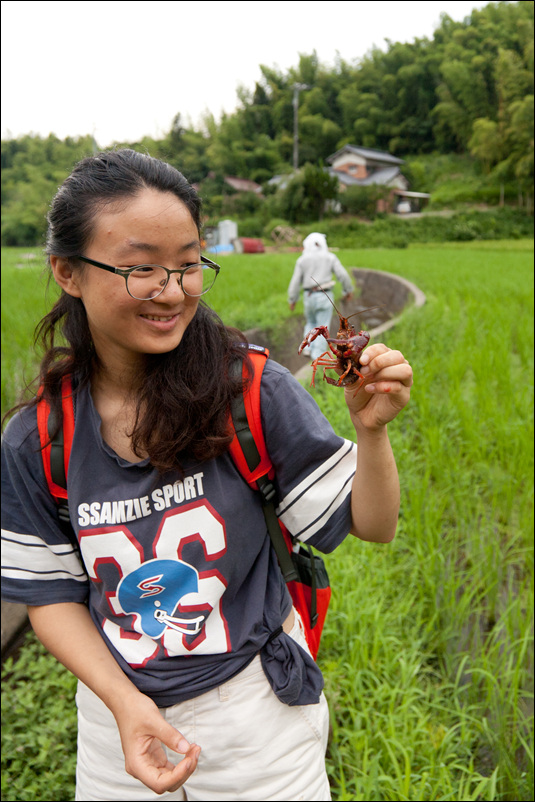 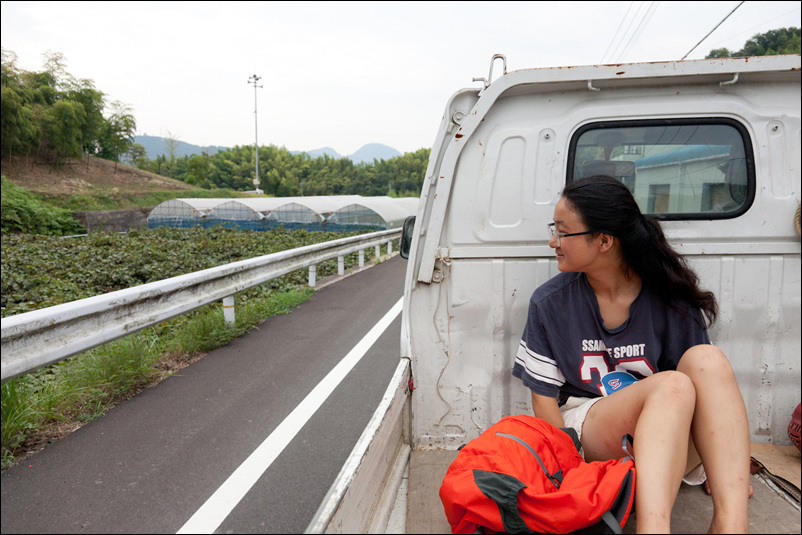 Our base was in Megijima, but we traveled to nearby farms and fields when we had the chance. Everything was foreign to me.

Both my grandparents lived in Seoul, so I never had to go down to the countryside for the holidays. Where I was standing now was a world totally different from the cities I grew up in. Every step on the ground was so soft: the soil gave in to my weight and it rose up again as I moved on slowly and gently. It was as if it was breathing. Up and down, and up and down. It was definitely not the concrete that I was used to.

It’s another day, and the sun is blazing hot and the sky is a clear blue sea. I look around the field and wonder what it would be like to stand in the center. Every step I take shoots wild sparks of creatures that fly about, jumping and disappearing at the same time.

It makes me laugh because I know exactly where they are: there are grass leaves that are still shaking from the impact and I know they’re hiding right there! The time is August, and there are dragonflies that are dancing and circling above the fields. Red tails, blue tails.. I’ve never seen the blue tails before.

Next to me, Kouno-san tells me that if there’s a lot of dragonflies, then the field is healthy and well. I stop for a while and listen to the sounds that surround me. The streams are trickling by, frogs are calling, birds chirping and there’s a gust of wind that brings all the bamboos together making a forest of sounds.. Ah…. this place is alive.. 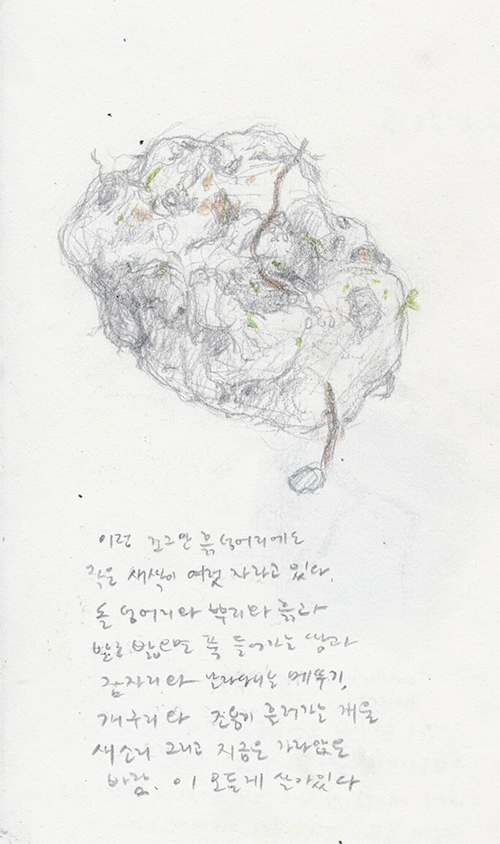 <Even in this small small piece of land, there are little baby sprouts growing and thriving.

Small pebbles, roots, soil, and the land that breathes and gives in to my weight,

the dragonflies, flying grasshoppers, frogs, streams that trickle ever so gently,

birds chirping, the swift wind that just passed by.. All of this is alive.> 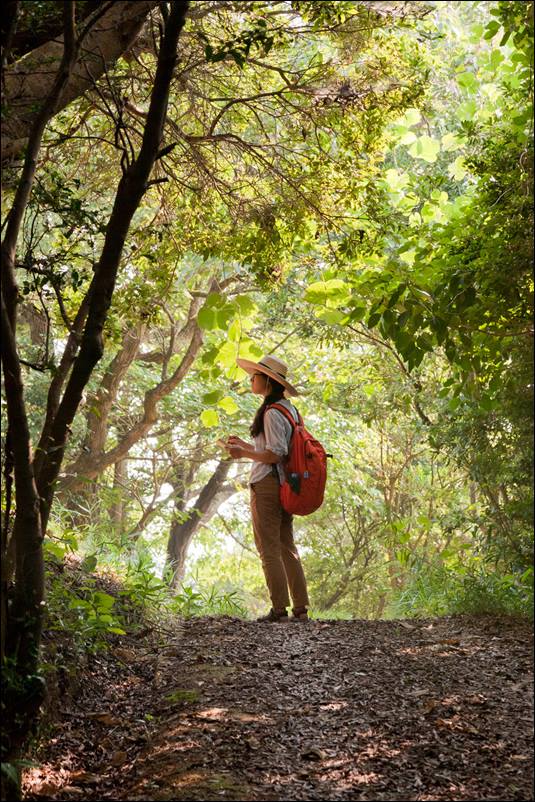 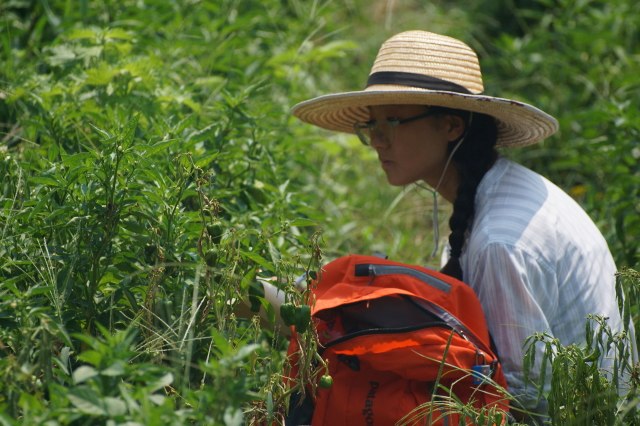 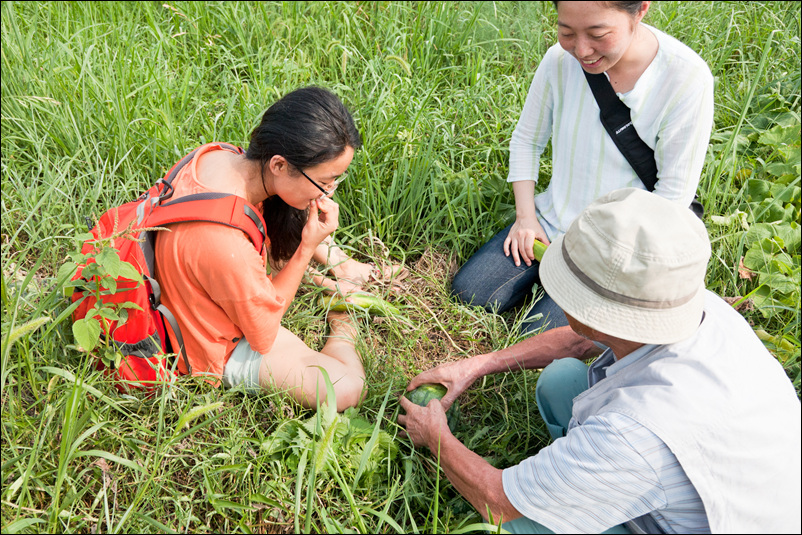 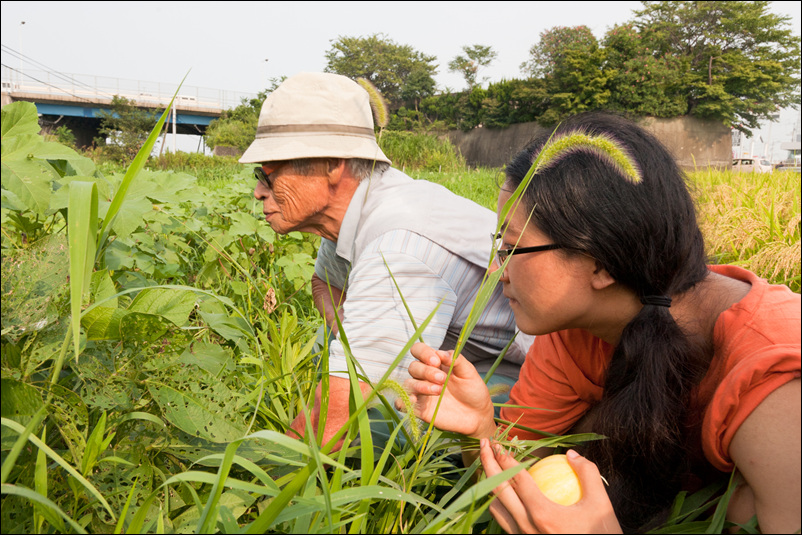 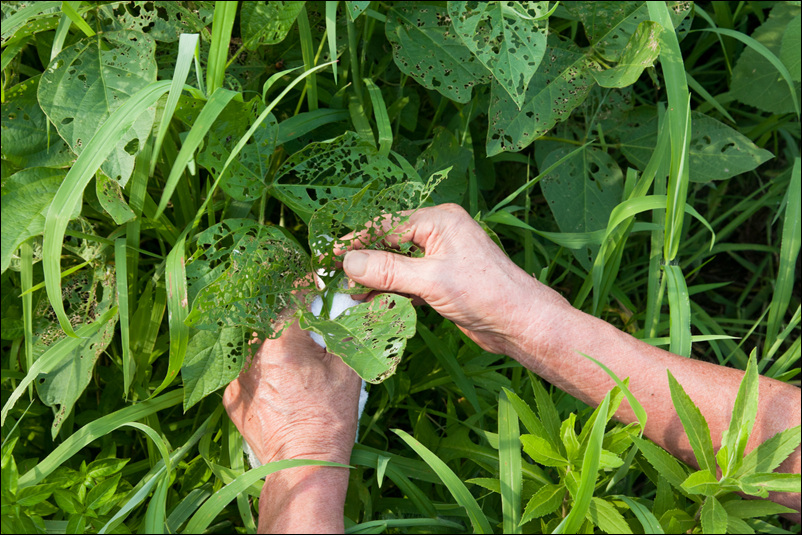 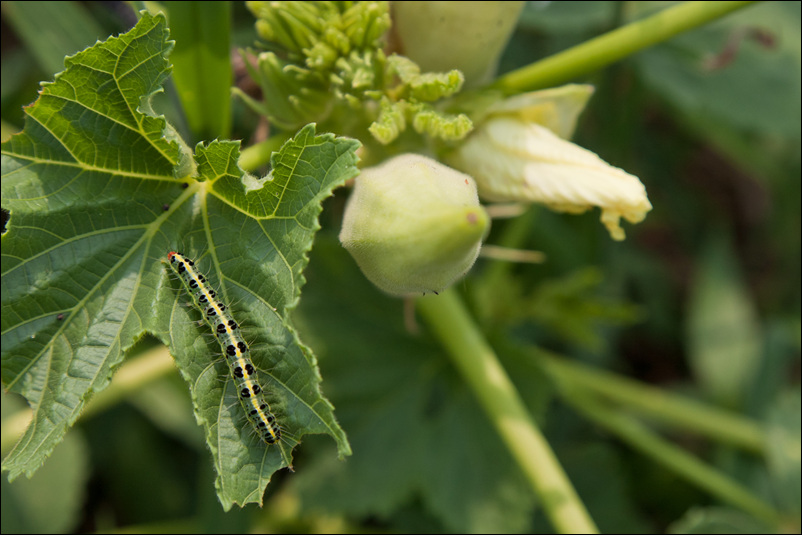 When I find a plant, I want to taste the fruit and smell the leaves. Often than not, I find little creatures crawling and flying nearby going about their own ways, busy and diligent. There’s a sunshine warm and embracing.. and the wind that plays with my hair, the calmness that brings out the peace inside me.

The more I acquaint with nature, I realize that it is not just a background decorating us from behind. Being here, my senses opened up a little bit. Because I was there to stand in the middle of the fields with everything around me, I could feel what was there and take it in. It is what brings the differences together.

Every farmer has his/her own way about practicing Natural Farming, but every place is alive. It is where insects, weeds, crops and people live and feed together; where there’s no separation between human and nature but respect and partnership.

Until then, I thought nature was important but only abstractedly. Now, it feels more real and familiar, but I wanted to get closer to it. Can I get closer to it? With that question, I knew where to go next. It was the last week of my trip. I decided to try farming. 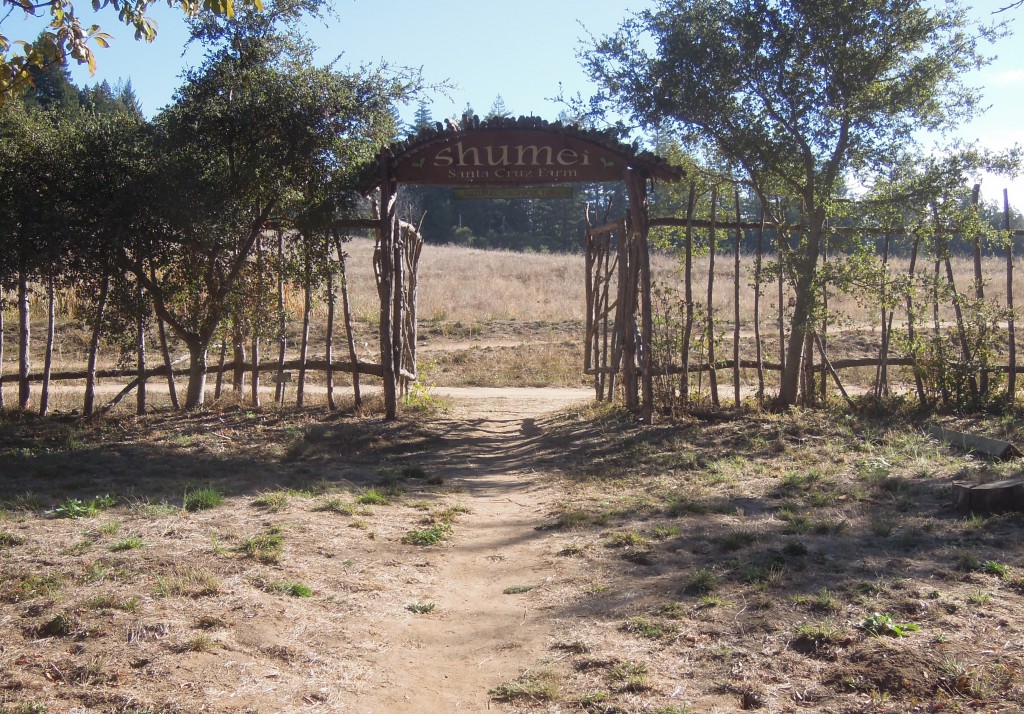 This is Shumei Santa Cruz Farm in California, USA, where I decided to live and work in the fields for 5-6 hours a day. More stories are coming up soon, so stay tuned!

3 Comments on “Where the Rice Fields Dance”